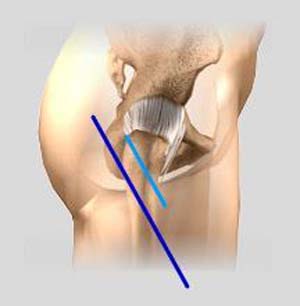 The hip joint is one of the body's largest weight-bearing joints and is the point where the thighbone (femur) and pelvis (acetabulum) join. It is a ball-and-socket joint in which the head of the femur forms the ball and the pelvic acetabulum forms the socket. The joint surface is covered by a smooth articular cartilage that cushions and enables smooth movement of the joint.

Hip arthritis is a painful and common disease of the hip joint caused by damage to the cartilage. Total hip replacement surgery is an option to relieve severe arthritis pain that limits your daily activities.

Traditionally, a total hip replacement will be performed through a 10–12-inch-long incision made on the side of your hip. A minimally invasive approach has been developed in recent years where surgery is performed through one or two smaller incisions rather than the single long incision as in the traditional approach. Advantages of the newer approach are lesser muscle dissection, minimal pain, quicker recovery and faster rehabilitation.

Surgery may be recommended in patients with severe cartilage damage and if conservative treatment options such as anti-inflammatory medications and physical therapy do not relieve the symptoms.

For minimally invasive hip replacement, the surgical technique and artificial implants remain the same as a traditional hip replacement; the difference is the use of smaller incisions to perform the surgery and minimal soft tissue dissection. The surgery is performed through either one or two small incisions, under general anaesthesia.

In a single incision minimally invasive approach, your surgeon makes a 3-6-inch incision over the side of your hip to expose the hip joint. The muscles are minimally dissected to reach the joint. The femur is dislocated from the acetabulum. The surface of the socket is cleaned and the arthritic bone is removed using a reamer. The acetabular implant is inserted into the socket using screws or special cement. A liner material of plastic, ceramic or metal is placed inside the acetabular component.

The femur or thigh bone is then prepared by removing the arthritic bone using special instruments and shaped to exactly fit the new metal femoral component. The femoral stem is then inserted into the femur either by a press fit or using bone cement. Then, the femoral head component made of metal or ceramic is placed on the femoral stem. The new joint is realigned. All the new parts are secured in place using special cement. The muscles and tendons around the new joint are repaired and the incision is closed.

After undergoing minimally invasive total hip replacement, you must take special care to prevent dislocation of the new joint and ensure proper healing.

As with any major surgical procedure, there are certain potential risks and complications involved with total hip replacement surgery. They include: 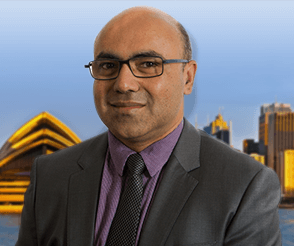